First, I want to say “Thank You” for all the kind expressions after my last prayer letter.  I know that leaving RVA after 20 years is going to be huge.  I was afraid that people wouldn’t understand, yet the vast majority of comments on Facebook, through e-mails, and even in person have been extremely positive, and helps to confirm my decision.  I know many of you are praying for me for the next step, and it is greatly appreciated.

But, I still have the rest of the school year, and there’s lots still going on:

Once a year, RVA celebrates the diversity of our students by having a day filled with special activities.  This year’s theme was “The Amazing Race”, where groups of students and began with a flag ceremony. This year RVA has students from 27 different nationalities, and each flag was carried into Centennial Hall. 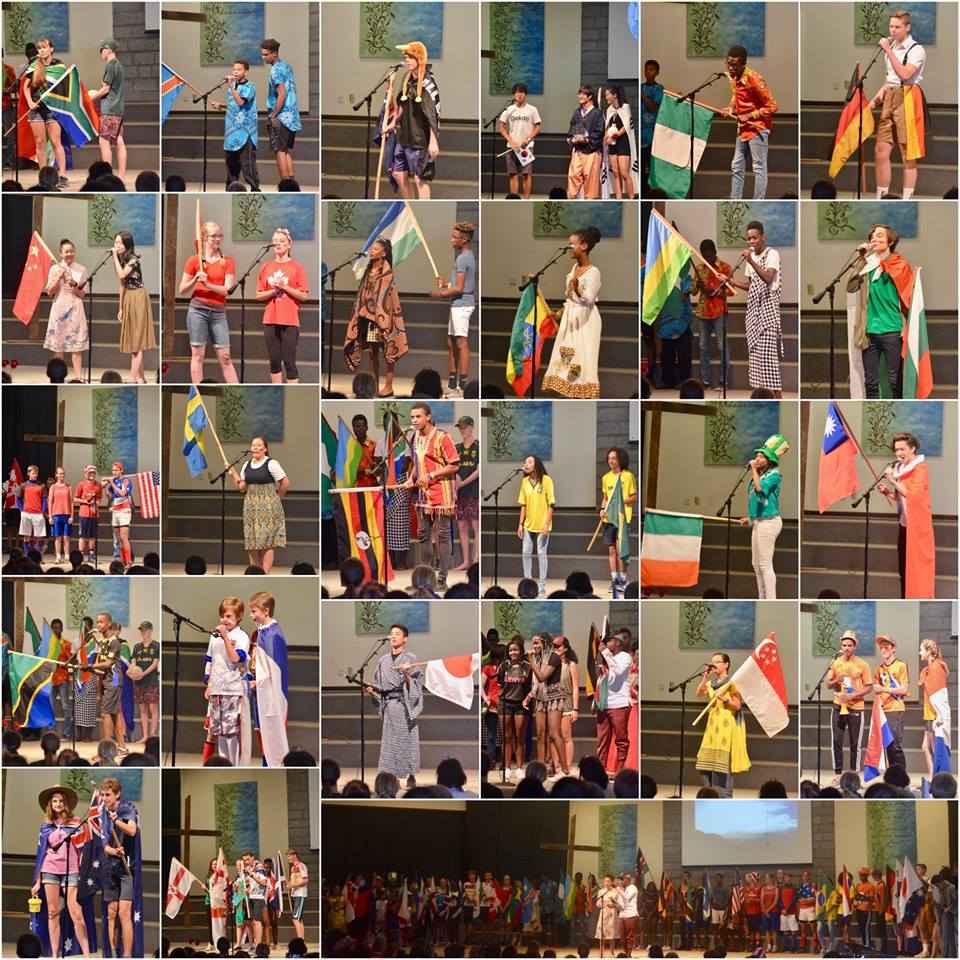 The kids then spent the morning in smaller groups running around campus doing all kinds of fun activities, from singing, to games, to puzzles, all building up points for their teams.  In the afternoon, RVA held a One World Run 5k race.  (No I didn’t run.)  The evening had the annual Senior vs Staff American flag football match.  Spectators got to eat caramel apples and hot chocolate. And, for the first time in quite a few years, we had fireworks for the kids.  My cat was NOT impressed with the fireworks.  She went and hid under the bed all evening.

The day after Multicultural Day was class parties.  I’m sponsoring the current 8th graders and we decided to do a Spaghetti Splash.  We signed out the upstairs section of the cafeteria, threw down a long plastic sheet, drew plates on them, threw spaghetti, meat sauce, green beans, and garlic bread on it, and had the kids chow down. 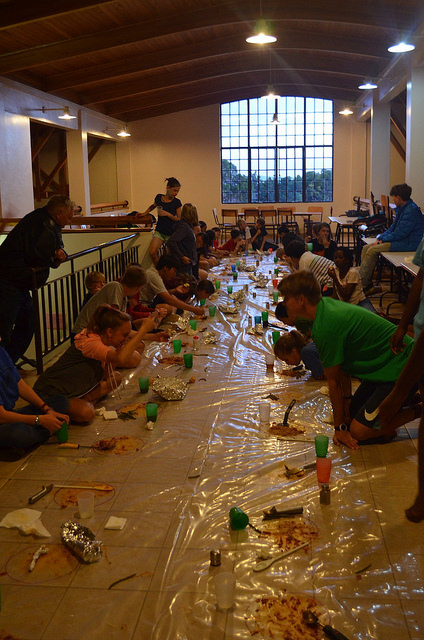 We were a bit kind, in that we did give each student a utensil to eat with, however we didn’t give them forks or spoons. We gave them a spatula, or a pizza cutter, or an industrial size slotted serving spoon.  The kid in the center of the picture below was given a pie spatula to eat his spaghetti with.  Many just decided to eat right off the plastic rather than use their utensil.

I’m actually in class right now,  my 7th grade students are taking a test today.  Adding, subtracting, multiplying, and dividing fractions, among other things.  Don’t we all just LOVE fractions.  🙂

Here are a couple of prayer requests to lift to God.

Published October 30, 2018
Create your website at WordPress.com
Get started